The Kawkab El Sharq Ensemble was established forty years after the death of legendary Egyptian singerÂ Oum Keltoum by the chairman of the Cairo Opera House, Dr InÃ¨s Abdel DaÃ¯m who is a fervent promoterÂ of the arts.Â Known as the Star of the East, Oum Keltoum had an enormous influence on the music scene of the east,Â having an amazing voice which was not only beloved by the Arab world but also captured the attention ofÂ the rest of the world.

The Kawkab El Sharq Ensemble is composed of some of the most talented musicians at the Cairo OperaÂ House. It performs on the first Thursday of each month, just as Oum Keltoum did herself.Â Of note is the fact that the Opera House promotes its most distinguished young conductors and singers whoÂ continue in Oum Keltoumâ€™s footsteps, even using the same orchestral structure as in the past.Â Founded in 2014, the Kawkab El Sharq Ensemble delights audiences at the Cairo Opera House and theÂ young singers presenting the great divaâ€™s repertoire will surely enchant music-lovers at the Fes Festival ofÂ World Sacred Music. 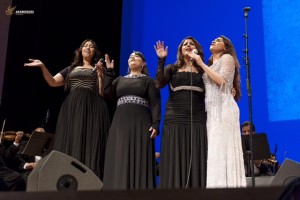 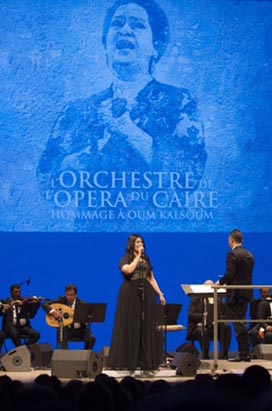