To walk upon Indian soil and follow the course of the Ganges is to understand the subordination of man to nature. The peregrination of the waters, from the source nestled high in the Himalayas to the greatest delta on the planet, is a constant inspiration. It is said that the first strand of the river flowing from the west is feminine and exuberant, and belongs to none other than Lord Shiva himself. In his hair of ashes, he subdues the impetuous goddess Ganga who threatens to cleave the earth in two.

On the plains and particularly in the sacred city of Benares, an enlightening tradition has prospered: the dhrupad, which first appeared in the Vedic sanctuaries of India. The singers, facing the divinity, would give an offering of sound based on the primordial Om and associated mantras. Practised in the court of the Emperor Akbar, this genre gave rise to stylistic schools of lineage such as the Dagarvani.

Pelva Naik is one of the foremost female practitioners of the art of dhrupad. Having studied under maestro Ustad Zia Fariduddin Dagar, she concentrates constantly on the concord between the note and the poetry. In her quest for subtlety Pelva is accompanied by Sanjay Agle, maestro of the magnificent tambour pakhawaj with its mellow tones.

In 9th century Europe, various sacred repertoires garnered from Oriental modes of music arrived in the courts, abbeys and monasteries. In the 12th century, the art of the Troubadour came to the fore: to find just the right notes for just the right words for love songs or epic poems. During the Ars Nova period of the 14th century, music travelled, masters played it and schools were established.

When Samuel Cattiau found his unusual voice with its high, precise vocal range, he became interested in songs of oral transmission. Leaving the rich oeuvre of ancient music in its place of heritage, he created the Resonance project with guitarist and composer Quentin Dujardin, co-constructor of this unique musical universe. Infused with the spirit of minstrels and troubadors, they explored widely the courtly and sacred themes such as, for example, the antagonism between friendship and love.

When Resonance came into being, Samuel Cattiau discovered and began to examine ancient themes and texts from the Indian tradition. He dreamed of the temples and palaces of India and of this tradition that contains the sound that resonates with the cause and source of all manifestation.

Our four artists will take us sailing along the river, somewhere between mystical beauty and free melodies. 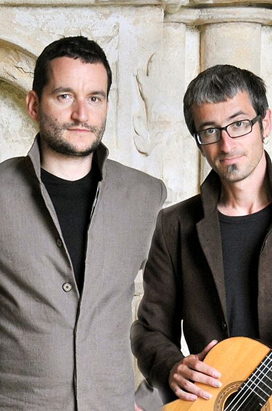 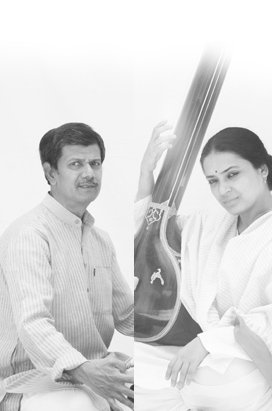