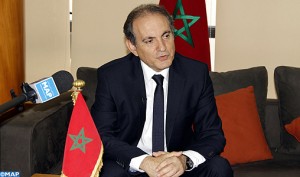 In a spirit of celebration, the Fes Festival of World Sacred Music has contributed for the last 22 years to maintaining dialogue around the sacred through its well-known Forum and its emphasis on the musical arts: a most appropriate expression of spiritual principle.

The Festival, described by UNESCO in 2001 as a major cultural event on the world stage, remains crucial in our time of great challenges. Through the encounters and musical creations it engenders, underpinned by the constant aim to add value to the non-material heritage of humanity, the festival leads us powerfully towards the human values of liberty, tolerance, independence, openness and curiosity.

As usual over these nine days, the Fes medina becomes the beating heart and melting-pot of artistic expression, philosophical reflection and precious exchange that nourish a spiritual community built upon the knowledge that difference is of value.

It is within the Kingdom of Morocco that such a diverse culture is best expressed. From its Saharan borders to its Atlantic and Mediterranean coastlines with the Atlas Mountains between is found a veritable abundance of language, artisanship and art – a beautiful living heritage that finds meaning in the contrasting ecosystems that it is our responsibility to conserve.

The 23rd Festival has water as its theme, understood here as the source of life and inspiration nourishing both the body and the soul. This vital choice of theme responds to the need to make the greatest number of people aware of the ecological problems of the planet and upon whose solutions depends the very fate of humanity. At the COP22 that took place in November 2016 in Marrakech, it was emphasised that water is a key issue, with some researchers claiming that ecosystems could experience total and irreversible collapse by 2100.

Exploring the symbolism of water at the festival is therefore a plea for us to reconcile ourselves with the environment and to mobilise for the future of our children and the world. A universal symbol of sacred purification as found in mystical poetry, water is in itself an invitation to respect the earth that nourishes us.

We can also remind ourselves of the history of Fes, the first capital of Morocco. The location of the city was chosen by Moulay Idriss and his companion Ameir based on the abundance of springs. Constructed by master builders, the medina boasted a fascinating hydraulic system of great ingeniousness and savoir-faire visible to both the residents and visitors. The system was fed with water in both the architectural and artistic context, sublimating its value: the thousands of fountains, so often decorated with zellij (mosaics) not only provide water but also embody the melange of spiritual virtues and cultural heritage.

After the Homage to India that began with the 2016 event, this year’s festival is paying tribute to China which is officially presenting one of its most prestigious traditions. And this is where the real strength of the Festival lies: to participate in transmission through time. In a word, ‘know where one comes from to know where one is going’, because a society deprived of the knowledge of its past, finds its foundations undermined.

Lastly, a magnificent premiere marks the opening of the Festival. Here we are taken on a poetic journey from the fountains of Fes where water plays, towards the spring in the heart of the mountains, leading us as far as the ocean and evoking so many legends. The water that gives life can also take it, from the mythological story of the deluge to the great floods that our planet is experiencing today.