HÍBRIDOS – A transmedia project: from the sacred world of Amazonia to Afro-Brazilian rituals – France/Brazil

Presented and produced by Vincent Moon and Priscilla Telmon

If every step you take is a Prayer, then you will always be walking in a Sacred Manner.

Wherever he goes, Vincent Moon tirelessly films music and those who make it. His encounters, from the valleys of the Caucausus to the bays of Asia form the tiny pearls of the necklace of life holding emotion and trance.

Explorer, producer and writer, the gentle Priscilla Telmon is an intrepid traveller, shamanic healer and poet of love. Her productions are infused with a sincere humanism.

For the last five years, Moon and Telmon have together celebrated ‘the sacred’ and its infinite song. As accomplished filmmakers, their mobile studio is an extension of the eye and the heart where the depths of world ritual beat.

In real time, with live sound, a unique spectacle in a single shot! For three years, Moon and Telmon have surveyed Brazil to tell of its mysteries and sacred ceremonies as part of the Híbridos project.

Here we discover Brazilian rituals and religions allied to water, that take us into the presence of the gods of the sea and the waters: Iemanja, the mother goddess and queen of the aquatic world; Oxum, orisha of rivers and goddess of beauty, a courier to the spiritual world; magnificent scenery from wild waterfalls to river mouths; from baptisms to purification rituals.

This is a musical and poetic exploration of film, the fruit of ethnographic and spiritual research … an audiovisual performance that is constantly evolving, the ‘here and now’ according to place and the muses! It is a unique experiment combining live montage and musical improvisation.

At the whim of this immersive experiment, Priscilla Telmon and Vincent Moon trace the contours of a space both sacred and profane. 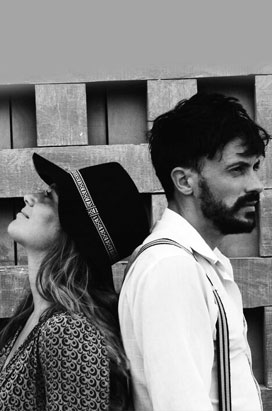