Today, in his album Migration Blues, he continues to explore the roots of the blues from its origin in the famous Delta blues of Mississippi and the cotton plantations at the end of the 19th century, and bridges the gap between the history of Afro-American people and that of refugees.

‘Whether it’s a former sharecropper hitchhiking between Clarksdale and Chicago in 1923, or an orphan from Aleppo in a boat full of refugees, it’s always about the blues of emigration … With this album, I want to encourage all of us to keep up our spirits and keep our hearts wide open to the distress of refugees, wherever they are. History proves it: we all descend from people who at one time or another were forced to leave.’ 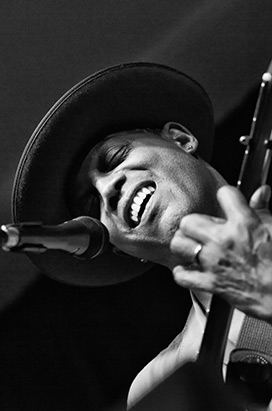