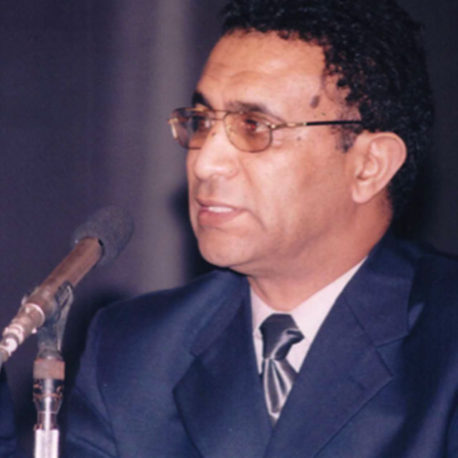 * A graduate of the Rabat Conservatory (1976) in solfege disciplines, harmony, counterpoint and luth.

* He holds a doctorate in economics and wrote his dissertation on Cultural Industries in Morocco (Rabat, 2012)

* He has been solfege and harmony teacher, director of the National Music and Danse Conservatory (Rabat) and principal inspector of Arts teaching in the Ministry of Education.

* He has published six books and over three hundred analytic and critical articles, and has contributed to several radio and television programmes.

* He designed and directed most of the music festivals of the Ministry of Culture (1982-1995) and has been in charge of the artistic direction of the National Festival of Popular Arts (Marrakesh, 2003_2006) and the Mawazine Generation Competition (2006-2014).

* Has supervised several music anthologies since 1989