The story of Samira SaÃ¯d, or BensaÃ¯d, is one of the most entrancing. She was discovered in 1980 at the Eurovision Song Contest when she represented Morocco at The Hague with the song Bitaqat hob (map of love). Ever since then she has had a magnificent career as a Moroccan singer, known and adored from Egypt to the Middle East.

Even today, Samira SaÃ¯d has an important place in the world of Moroccan and Arab song. She appears in the biggest shows and has an evolving musical style. She has performed with Cheb Mami.

If Samira SaÃ¯d has broken with the classical style of the Oum Kalthoum and Mohammed Abdel Wahab generation, she nevertheless has a superb voice capable of remarkable vocal ornamentations. 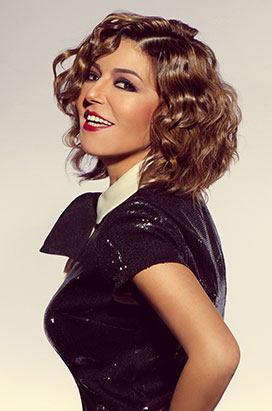