Lamar, whose real name is Rula Hasna, is one of those young singers who retains the celebrated, deep sensibility of the tarab, a long way from the antiseptic quality put out by Arab television channels.

Lamar is originally from Acre â€“ known in crusader times as St Jean dâ€™Acre. With her husband Mahran Moreb who is a master qanun (dulcimer) player and composer, she concentrates on a repertoire that conjures up the atmosphere found at the musical salons of the sultans of old.Â  As in the piece Fi Aâ€™ainaika Oâ€™unwani, she illustrates historic poetry â€“ that of the ancient poets of Palestine and the Arab world during the Renaissance (the Nahda) â€“ right up to Oum Kalthoum who had a true melodic background.

Listening to Lamar, one recalls the compositions of Zakaria Ahmed, Farid al-Atrash and Mohammed Al Qasabji accompanying the diva on the lute, impenetrable behind her dark glasses. 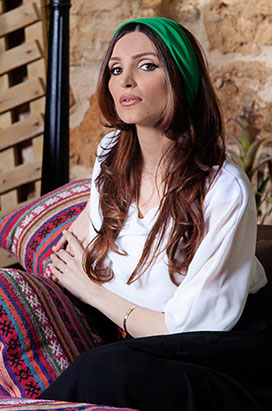