Ariana Vafadari brings to life texts that date back more than 3700 years. She sings in the ancient Iranian Gathic language in which these Hymns of Zarathusthra were written. They are the prayers of Zoroastrianism, a monotheistic religion of ancient Persia, still practised today by the Parsi community principally living in Iran and India.

The ancient Persians received this religion from Zoroaster or Zarathusthra who was born around 660 BCE in Bactria (now Afghanistan) and was a contemporary of Pericles, Buddha and Confucius. In the holy book Avesta, the prophet describes the battle between the Kingdoms of Light and Darkness (Ahriman). Â The supreme being Ahura-Mazda created Mithra, god of the sun, moon and stars. Fire is the son of Ahura-Mazda; this is the reason why the ancient Persians who followed Zarathusthra and Mazdaism, also known as Zoroastrianism, never extinguished sacred fires. 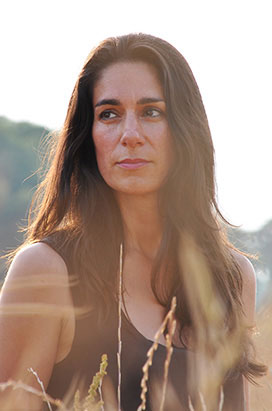