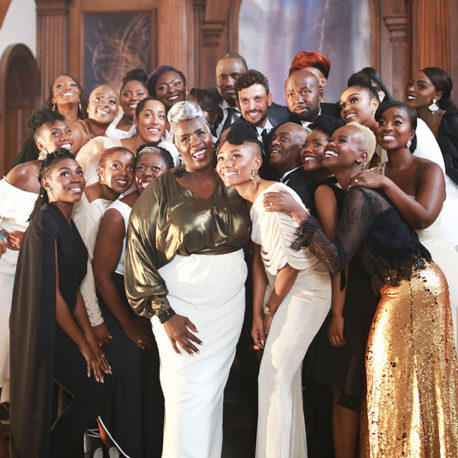 Founder and director of the Kingdom Choir, Karen Gibson, could never have imagined that two billion television spectators across the world would watch her during the wedding of Prince Henry, Duke of Sussex, known as Harry, to Meghan Markle on 19 May 2018 in St George’s Chapel, Windsor. This is why, today, the Kingdom Choir finds itself propelled into the heart of the international gospel music scene, although that doesn’t prevent the choir from pursuing a spiritual approach based on the power of love and music.

Great gospel choirs always express the idea of freedom and the promise of the divine kingdom, with the roots of this form of religious music emanating from the sorrowful world of slavery.

Work songs, working songs and shouts, true poetic declamations on the African model, describe the Negro Spiritual of the 18th century. At night, in secret, the black slaves sang of their Christian faith in the Hush Harbors, havens of peace where they could dream of a better world.

The first Negro Spirituals or African American spiritual songs of revelation referred to the Holy Scriptures, in which the slaves identified with the Hebrews liberated by Moses from Pharaoh’s yoke.

Negro Spirituals, a mixture of African traditions and European liturgical melodies, have mutated towards a repertoire that is now universal and that saw the emergence of soul music. From the American popular tradition, both sacred and secular love intertwine such as in Stand By Me, inspired by the gospel song Lord, Stand By Me, written by the Reverend Charles Albert Tindley in 1905.

The song sung by Ben E. King was the first secular version, and is magnificently rendered by the Kingdom Choir.