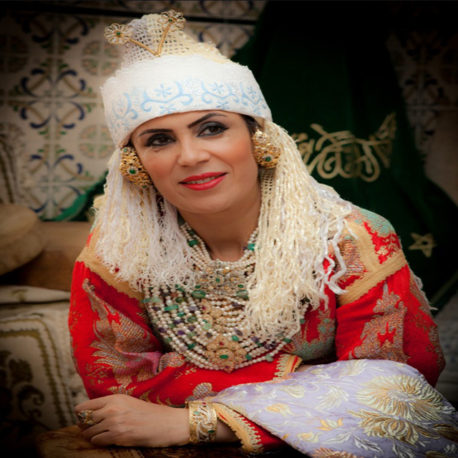 The Hadra Shefshawniya Womens’ Association, established in the city of Chefchaouen in 2003, attracted a wide public attention including that of interested enthusiasts and practitioners of Sufi and spiritual singing heritage. Among those were people particularly interested in Andalucian cultural heritage and the art of Du’aa at both the national and international levels.

Heritage singing, similarly to a lot of other  things whose value and importance we seem  to have lost, will disappear if due attention is not given to it. These things that we have lost have not been documented because they were essentially based on traditional heritage and oral transmission. Hadra atistic performances were attended only by  limited audiences on specific occasions, particularly by people belonging to the ‘harem’ circles who chose Hadra as a style of expression in their celebrations, outside the public spheres. However, today, proponents of this art are committed to be open and to contribute to the revival of Hadra in public spaces.