Goran Bregovic and the Orchestra of Marriages and Burials.Three Letters from Sarajevo 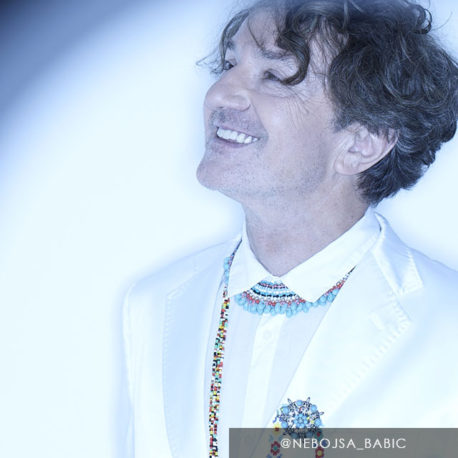 Goran Bregovic and the Orchestra of Marriages and Burials.Three Letters from Sarajevo

I grew up in a district of Sarejevo where time was mesured by the bells of the Catholic church nearby, and those of the Orthodox church, but also by the muezin’s invocation. All of my life and my music have been marked by  the richness of these different songs. I do pray that such privilege prevails as  a right of all children, that these three letters are my invocation for peace and that my prayer is heard.

Three Letters from Sarajevo is an ode to the Jerusalem of the Balkans, to this city with the multiple creeds, identities, mixtures and complex paradoxes, which has, simultaneously, written the history and has been marked, and even tortured and killed by such history.  It is also an appeal to concord between religions that have built it, as well as destroyed it. This message is carried by the violin, entrusted to Serb, Tunisian and israeli solists. To better embrase them. It captures occidental, oriental and klezmer traditions in three movements.

A modern composer, a traditional musician or a rock star, he did not have a choice, all he had to do was to live and blend all his experiences, in order to invent a music that is both universal and personal.  The musical adventures of Goran Bregovic started during the 1960’s in a music shool of Sarajevo where he learned to play the violin, the counterpoint and harmony. Under Tito’s Yugoslavia, rock n’ roll brought a wind of change and Goran set up the Bijelo Dugme group which won immediate success and marked the history of former Yugoslavia. At the end of the 1980’s, filmaker Emir Kusturika, an early fan of Bergovic convinced him to take part in his film project that followed.  Creating music for The Time of the Gipsies allowed Goran to refine his sense of musical dramaturgy and to work around gipsy music which fascinated him. Ultimately, the master tapes of Arizona Dreams, Queen Margot and Underground followed.

Then, Goran Bregovic made up his mind to hit the road again, setting up his own Orchestra of Marriages and Burials. With this ensemble, he  managed to bring together gipsy musicians and oriental percussions, mix Bulgarian feminine polyphonies with a classical masculine choir, and blend string sections with electronic programs.  For more than twenty years, now, Goran Bregovic and his Orchestra of Marriages and Burials has been roaming over all continents of the world, on an endless tour (more than 3 ,000 concerts up to now).