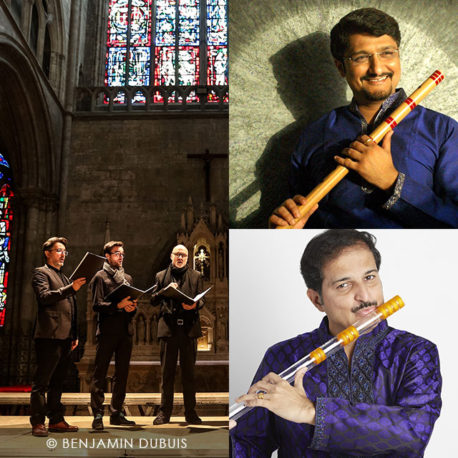 A creation under the leadership of Heriprasal Charasia, following an orignal idea of Christian and Miriam Ledoux, with Vivek Sonar and Rupak Kulkarni, bansuri flutes and Diabolus in Musica vocal ensemble

Heriprasal Charasia, one of the greatest contemporary musicians has made popular, over all continents, the simplest instrument in the world, carrying it to the hights of classical Hindustani art, the bansuri flute attributed to Krishna. A divine breath animates this genius of muses, so human and so close to us, that immerses us in an audible truth, bewildering from the start and wrapped in the first notes which lift us towards an unknown but palpable ether, wider than the world.

The Maestro ensured the creation of this original work  in India last February, owing to the support of the French Institute of Delhi, for the Bonjour India Festival. For the second flute, he was accompanied by his disciple Vivek Sonar. This time the Maestro shall leave the initiative to two of his oldest disciples : Vivek Sonar and Rupak Kulkarni.

The two flutists will, henceforth, be confronted to the source of all occidental music : the full song that was born in the Christian communities of Western Europe during the first centuries of our era, and that imposed itself long before the year 1000, under the shape of the gregorian song.  They will also be confronted to the first great polyphonies of our history, with Notre Dame School of which the Diabolus in Musica ensemble was an interpreter, noticed through its numerous discographic and scenic realizations.

Mystical Breath explores the common fundametals of two repertoires : modality and improvisation on content, virtuosity, freedom or rhythmic constraint, human breathing serving music and the divine breath. The extasy that characterizes the subtle performance of bansuri bambu flutes meets the vibratory strength of the terrestrial voices  of the Diabolus in Musica ensemble, providing a unique and  exhilarating experience. 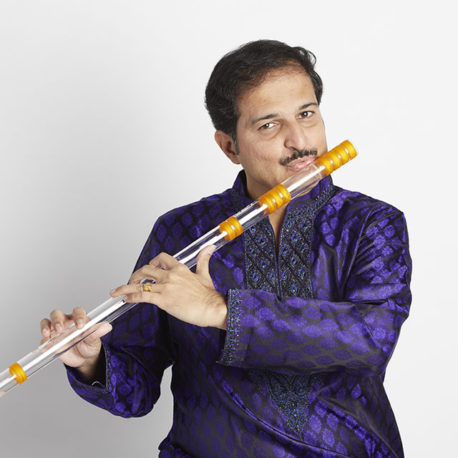 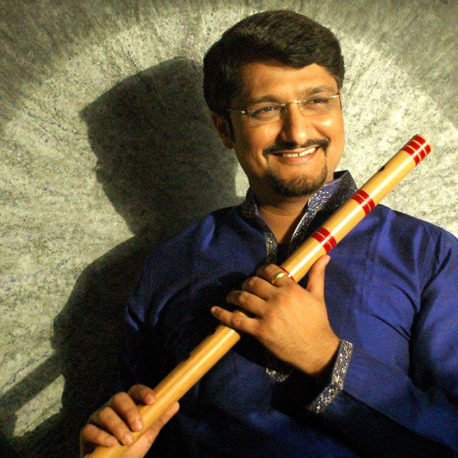 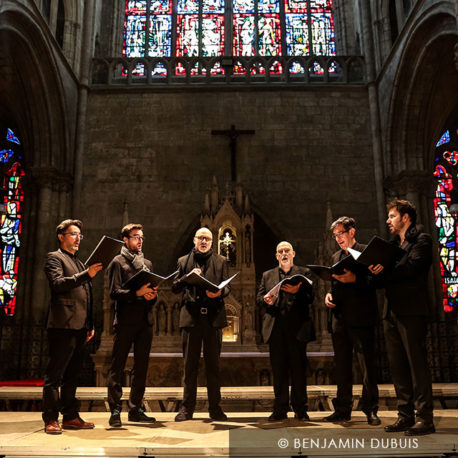