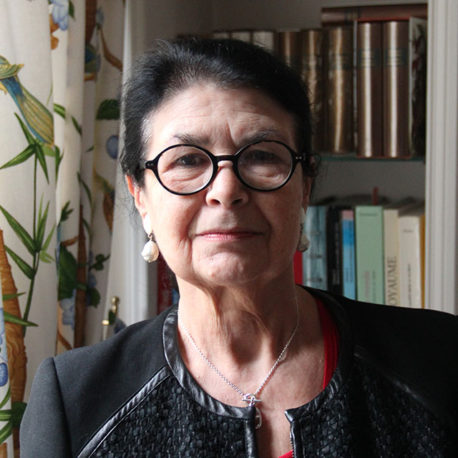 Jacqueline Sanson, a former student of the « Ecole Nationale des Chartes », joined the Department of Prints and Photography at the National Library in 1972.

She is in charge of conservation of historical resources and portraits and is responsible for the organisation of a number of exhibitions, Colbert and Richelieu in particular.,

She left the Prints Department in 1986 to become director of the photography service. In 1988, she was appointed at the head of the Printed Books Department by Emmanuel Le Roy Ladurie, the National Librarian, Ever since then, she has been closely linked to the great library project, in charge of the transfer of collections to the new building that was set up by Dominique Perrault.

In 2002, Bruno Racine, president of the National Library, appointed her as director of the same institution. Her career was completed in 2014, after forty two years of activity within the institution.

In June 2015, she was elected president of the « Société française d’Archéologie », a scholarly society that was established in 1834 with the aim of studying and enhancing the value of monumental heritage. In 2016, she was appointed General Secretary of the Clemenceau Museum Foundation by Jean-Noël Jeanneney, chairman of the same foundation and former president of the National Library