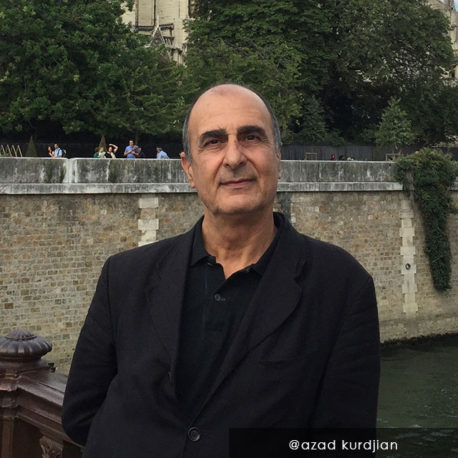 A passionate of music and spiritualities of the world, Gerard Kurkdjian has worked in various areas of artistic creation.An initiator and director of several music festivals of which the Arabic-Andalusian Musiic Festival of Nice and the Erevan World Music Festival in  Arménia, he has contributed to the creation of the Fez Festival of World Sacred Music of which he has been director from 1994 to 2009. He is a musician, producer, lecturer, radio  journalist, organiser of colloquia, and the whole of his work is focused on a eucumenical and transversal vision of arts and cultures of the world. He bears the conviction that music is a powerful vehicle  of communication between traditions and cultures and has has developed a global reflection on the relationships between music and the sacred.

In 2016, he published « Le Grand Livre des Musiques Sacrées du Monde »,(Pub. Albi, Michel), a first book that gathered in one volume all the traditions of the world sacred music. He is counsellor of the Fez Festival of World Sacred Music (Morocco) and the Udaipur World Music Festival, which takes place every year in February in Rajesthan, India.