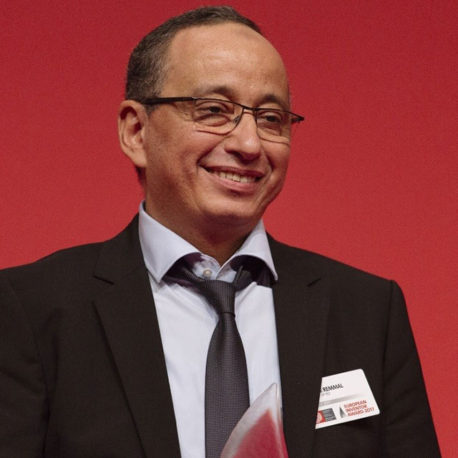 Adnane Remmal is a recipient of the «2015 Innovation Prize for Africa ». He was born in 1962 in Fez, and in 1984, he joined the team of Professor Edouard Coraboeuf (ORSAY, University of ParisXI) to study for the « Diplôme d’Etudes Approfondies » in pharmacology. In 1985, he became a member of the team of the « Diplôme d’Etudes Approfondies en pharmacologie » at Necker Hospital in Paris to carry out research work towards the Ph.D. in molecular pharmacology. In 1987, he obtained a Ph.D. and decided to return to Morocco where he developed awareness to the problem of resistance to antibiotics that was, then, considered as a serious threat to human medecine in Morocco and the world at large.

dnane Remmal has devoted thirty years of his life (1987-2017) to the development of solutions to the treatment of patients affected by infections with resistant germs and other solutions for the prevention of the development of resistance emanating from the environment and the food chain.